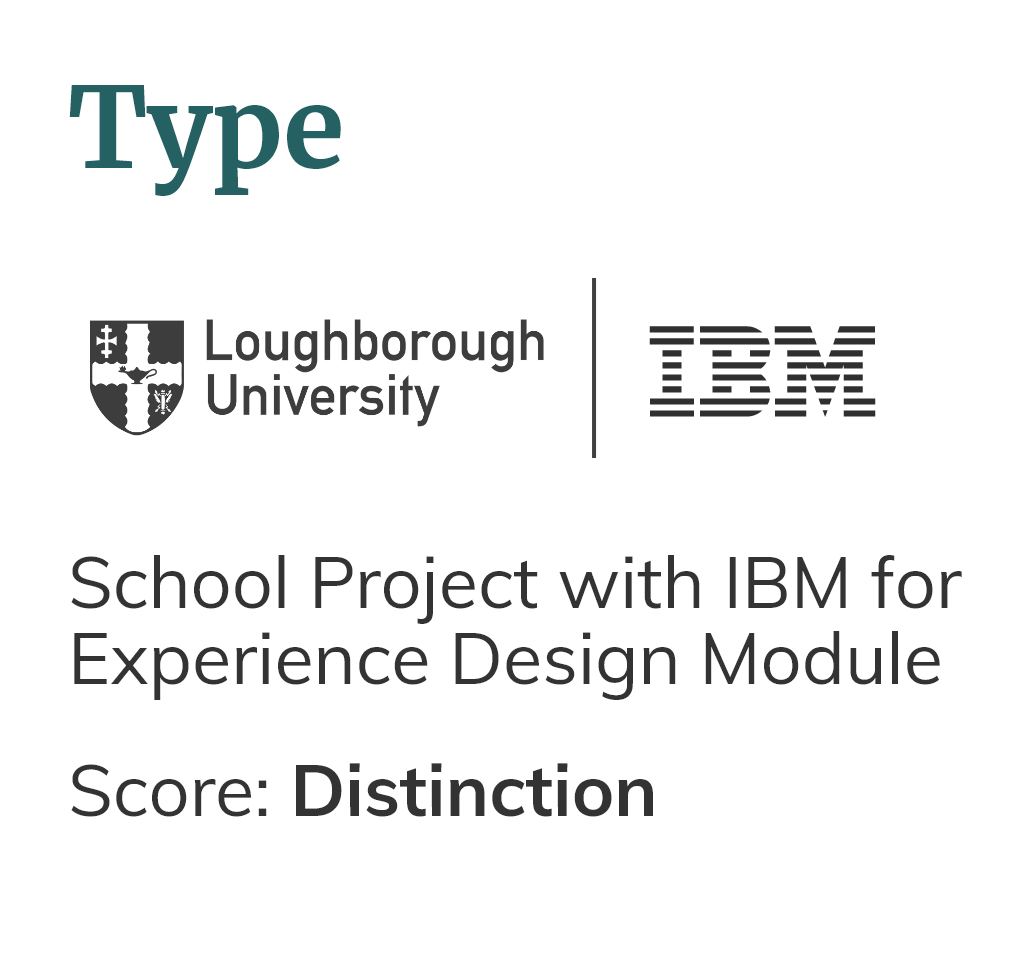 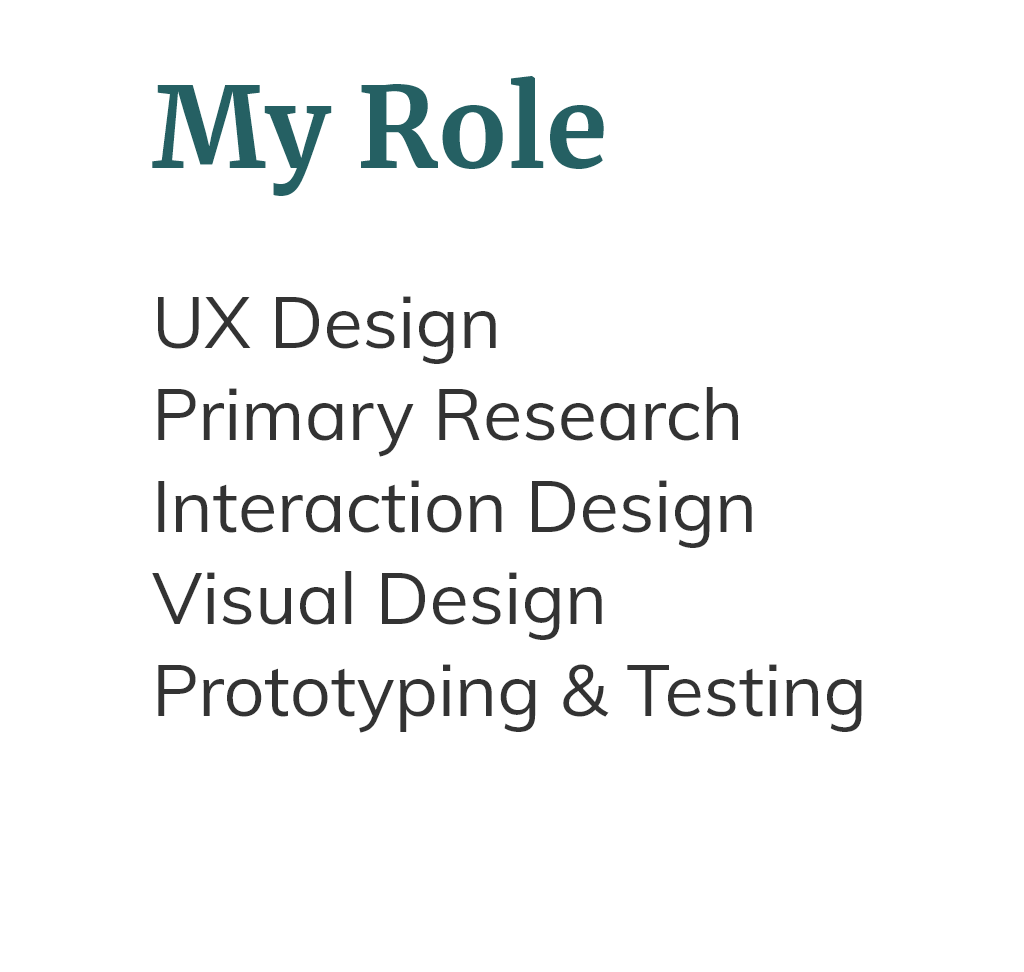 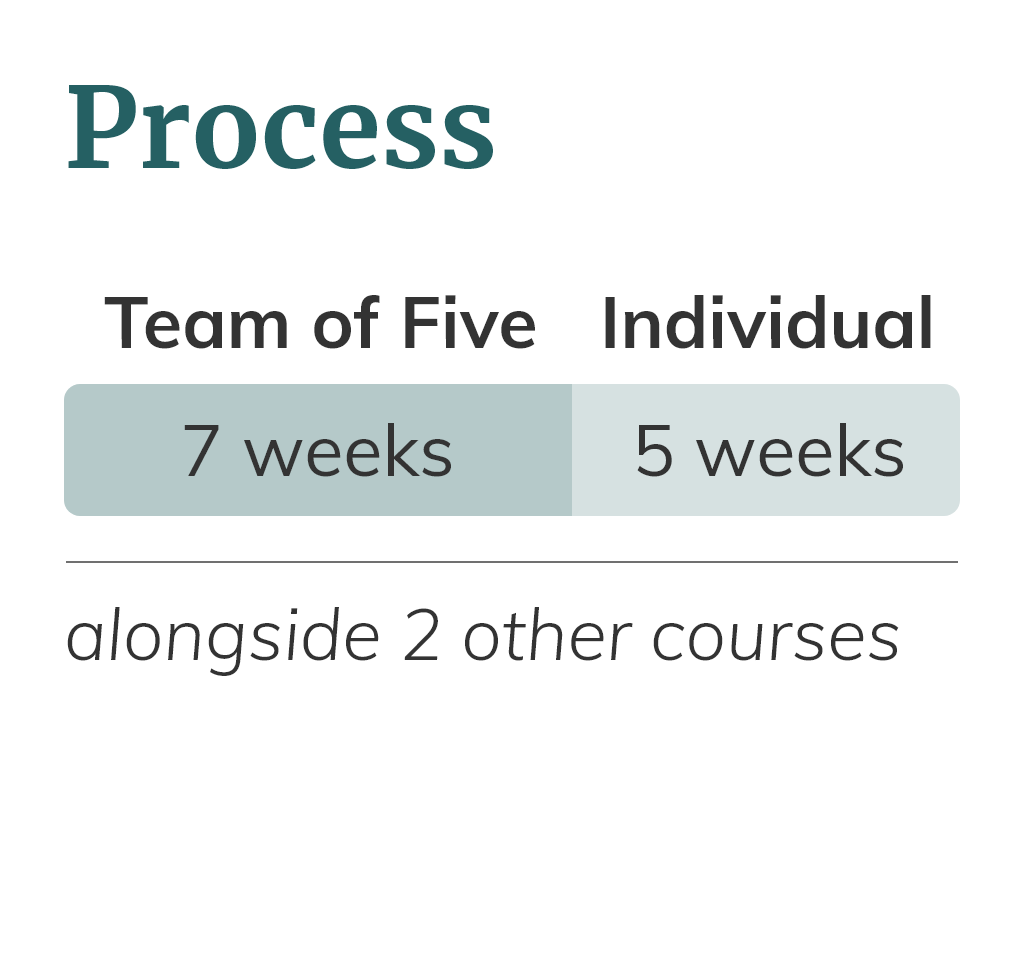 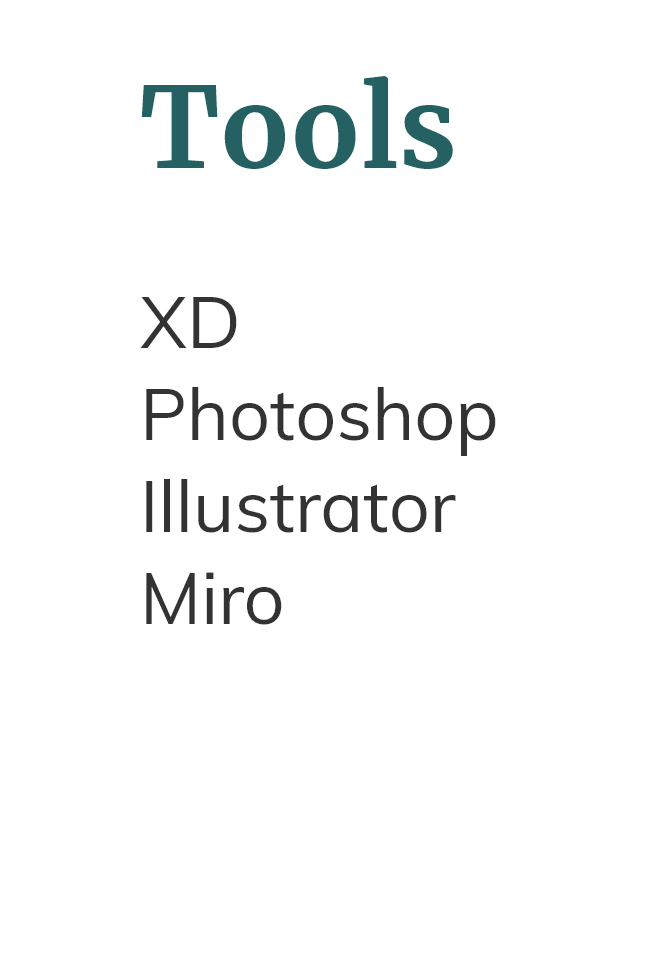 CHAPTER ONE - TEAM OF FIVE

Main assumptions were written down to find the focus of the research. After selecting the main assumptions, we have defined our target group:

Students who are going to study in an unfamiliar city/ town

High risk assumptions that were uncertain were become the main focus of our research. 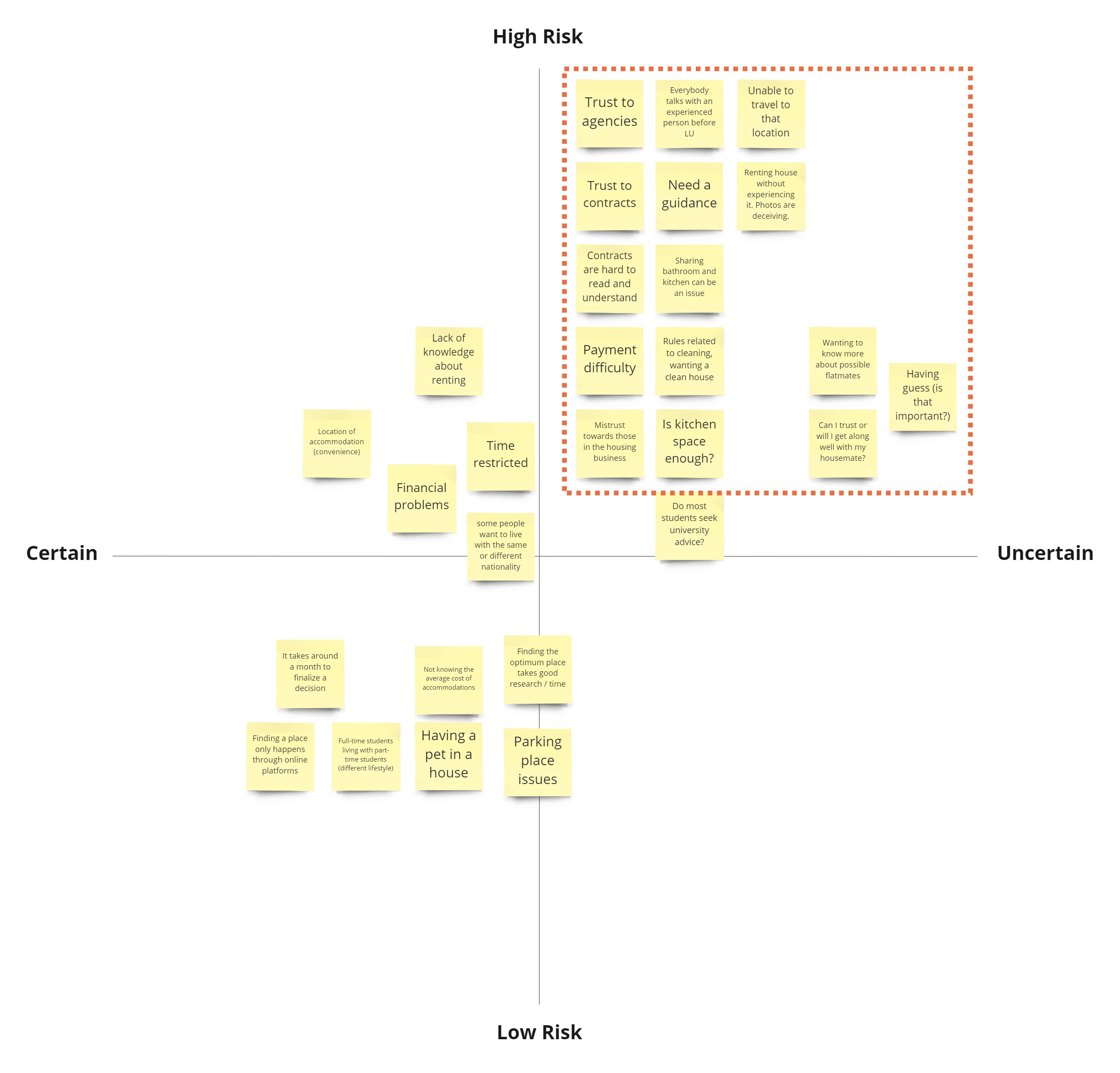 After making our assumptions and finding a focus, we formed a Hunt Statement to guide our research:

We will research the experience of searching for accommodation for University students new to a city or town in order to help them find accommodation that best meets their needs and facilitates their learning experience.

students living in PBSA said they were unhappy with their accommodation choice (Knight Frank, 2018).

of students said the standard of their accommodation is a “very important” factor impacting their wellbeing (Knight Frank, 2018).

find their studies are affected too (savethestudent, 2018).

Data was collected from 8 international students.

Participants were interviewed about accommodation. Then, they have told their story of finding an accommodation using a timeline

They were asked to sort out what is important for them in a house. 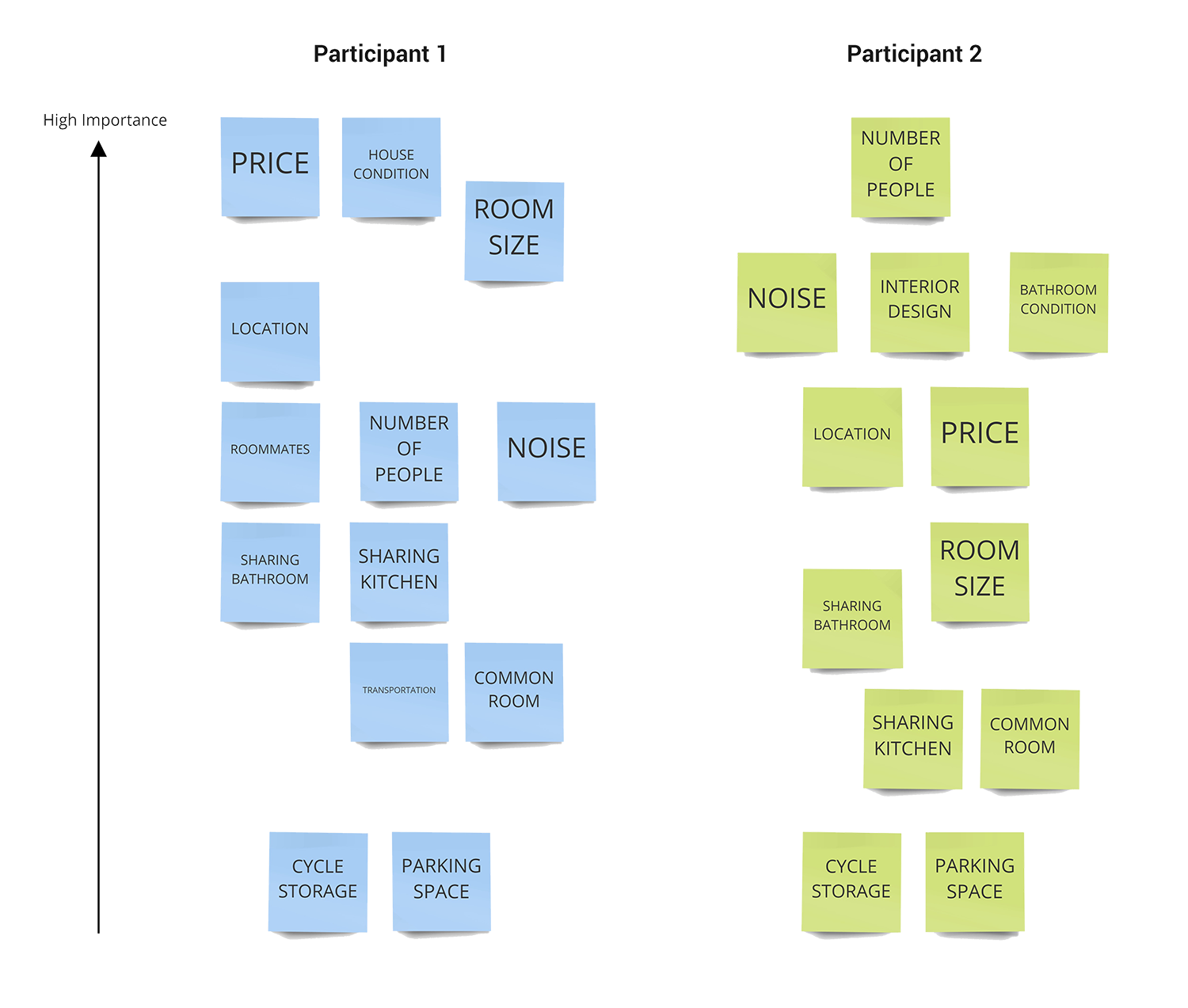 They were asked the following question:

"If a God-like person could help you with your accommodation searching process, what would you like it to do for you?"

Affinity mapping is used to synthesise massive data easily by breaking the data down to specific themes. Visualizing data enabled to see more defined findings; to see connections and link them together to generate insights. 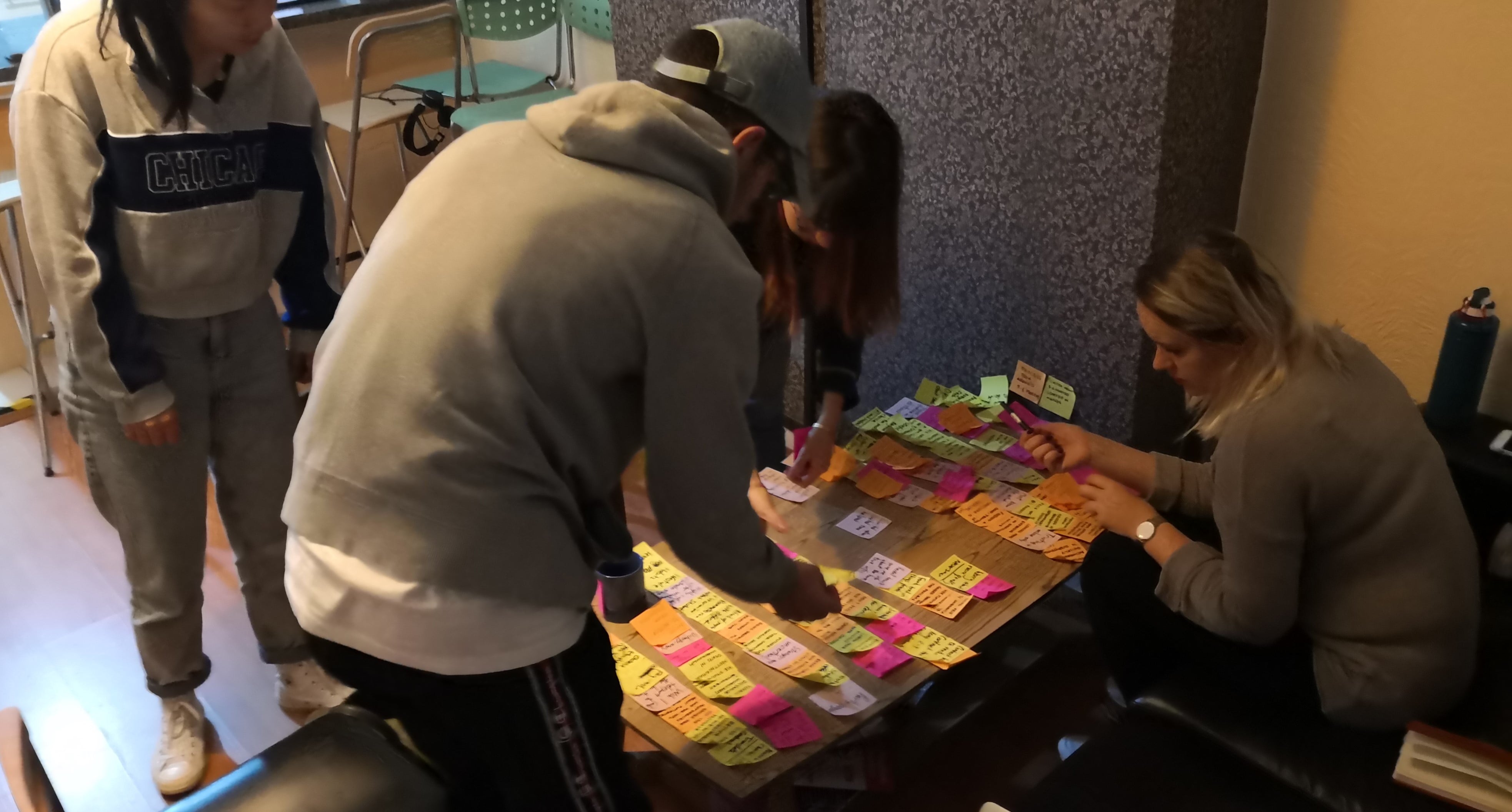 Generated insights from affinity map were converted to How Might We statements to provoke meaningful and relevant ideas.

Personas were shaped clearly after the analysis. We have also considered the stakeholders as we defined landlord and student accommodation manager in the university.

User research has identified that there is an opportunity for a product /service for students unfamiliar with their location of study who want to find suitable accommodation in an efficient manner based on their personal preferences while feeling completely assured and stress-free.

WellHome will intelligently narrow down the students’ options with the data the system gathers from the student, school, government, police, social media etc.

With this; the overwhelm due to many options will significantly decrease, students will not feel lost or desperate by seeing the suitable houses for them.

AI Based Contract Summarizer and Translator

WellHome will assist students by providing a smart contract service which will summarise the contract for them with the key points. An optional translator will be also provided. These will result in a trust on the contract and the agency and also shorten the reading process.

Project focuses only on AI Based Accommodation Matchmaking

Important Aspects Before Diving In

I have to be sure that students are not lost, not feeling overwhelmed or stress.

Although the university endorses the app, trust should be maximised for the students. In every step, everything should be explained for the students to be sure about the legitimacy; every missing or wrong information lowers the trust. Also, professional look increases trust.

The students should feel like an ultimate assistant is helping them and with the guidance, they are finding their accommodation not feeling lost. Everyone wishes to have a friend over there to ask about the location, WellHome will fill this gap by being an ultimate assistant.

I have to make best of Artificial Intelligence. AI needs data to feed; hence, a significant amount of data will be used to recommend the best accommodation for the users. 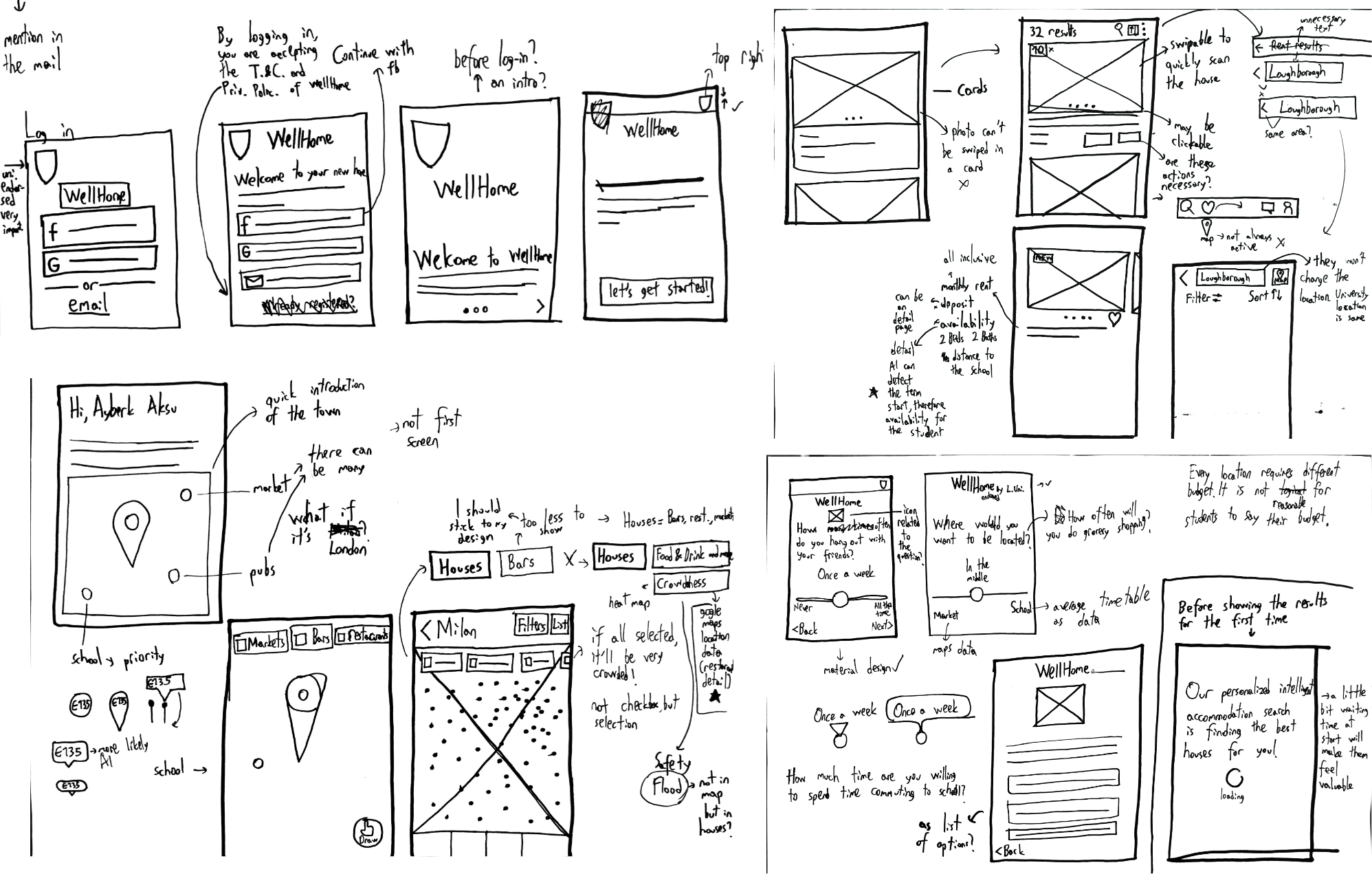 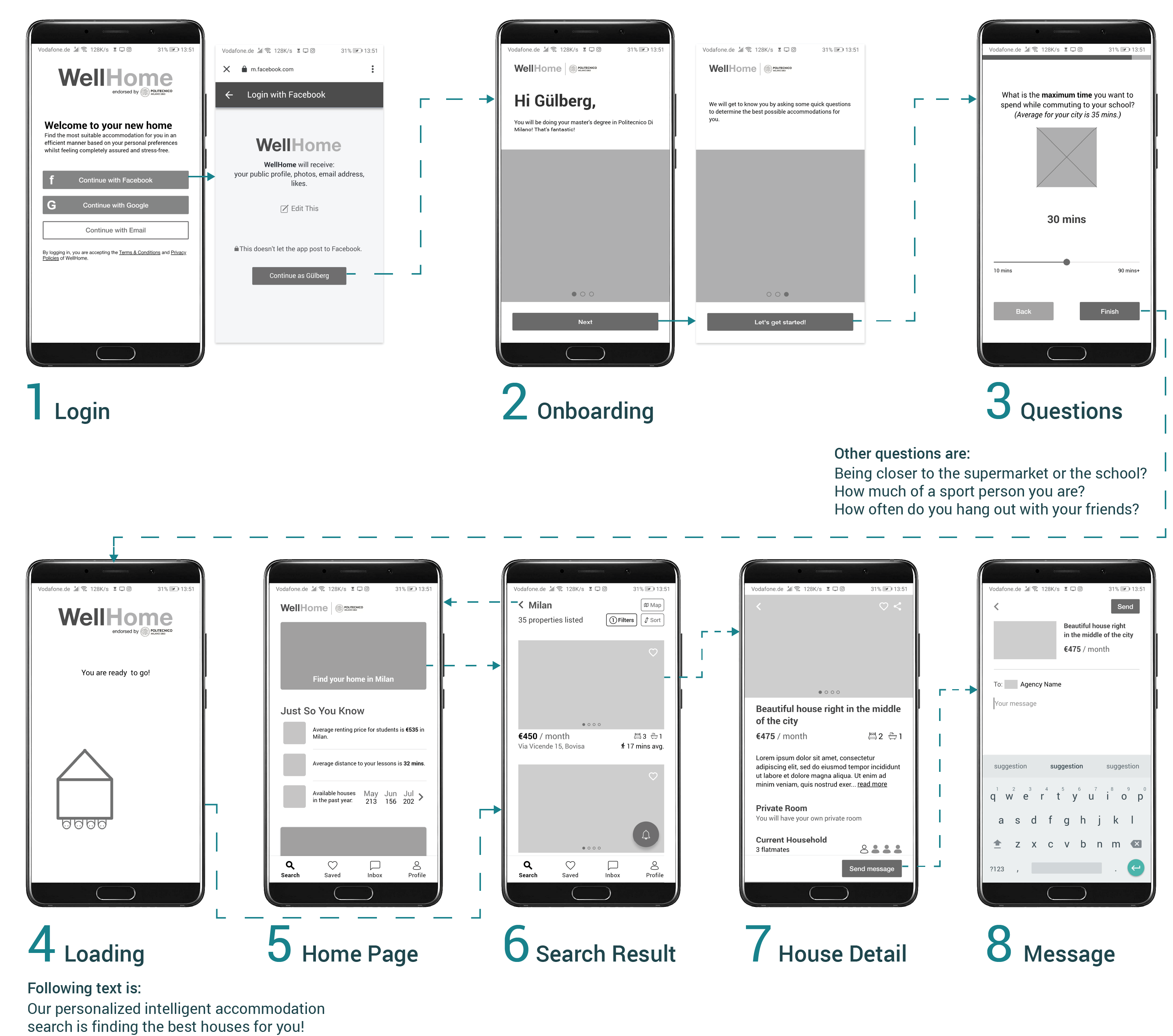 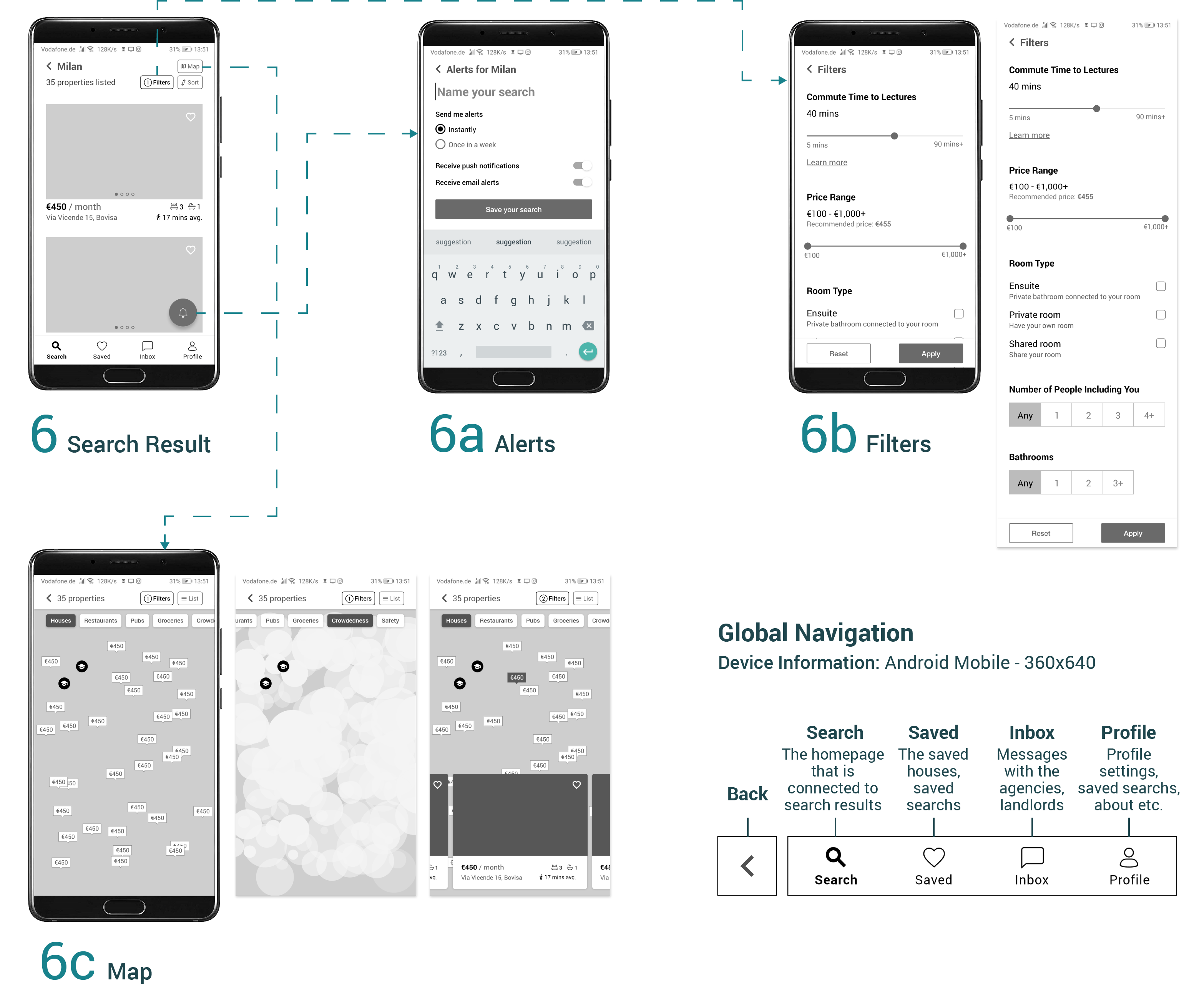 There were many questions about pages and user journey, planned to be answered in the next steps.

Designed wireframes were tested in this prototyping session. The task has been given to the user as if she is in Turkey and she has received her university acceptance from Milan and she has received a link to this app. Prototype was tailored for her for a realistic experience.

The tested user was a master’s student in Milan who has started her education this year. She was a great fit as she came from Turkey not knowing anything about Milan before coming here. App is tailored for the user with her education info and her name.

Before showing the app concept has been explained briefly. The user has been asked whether the concept makes sense to her or not and whether she liked it or not. What is her expectations from such an app and does this app meet her expectations?

The user has been asked to think aloud. Discussions have been happening about the elements of the pages and the flow.

Overall; the app was perceived as safe, trustful and the user would use it to rent a house. The app also has not been found overwhelming. It also made the user feel comfortable and confident in renting a house. However; these feelings and experience were average and should be improved for the best. Therefore; screens were iterated below as a result of prototyping session.

Language of AI has been found very friendly and it lowered the trust for the app. Renting a house should be taken seriously and therefore the language should be more formal rather than friendly. Hence, the personality of the system shifted towards formality. 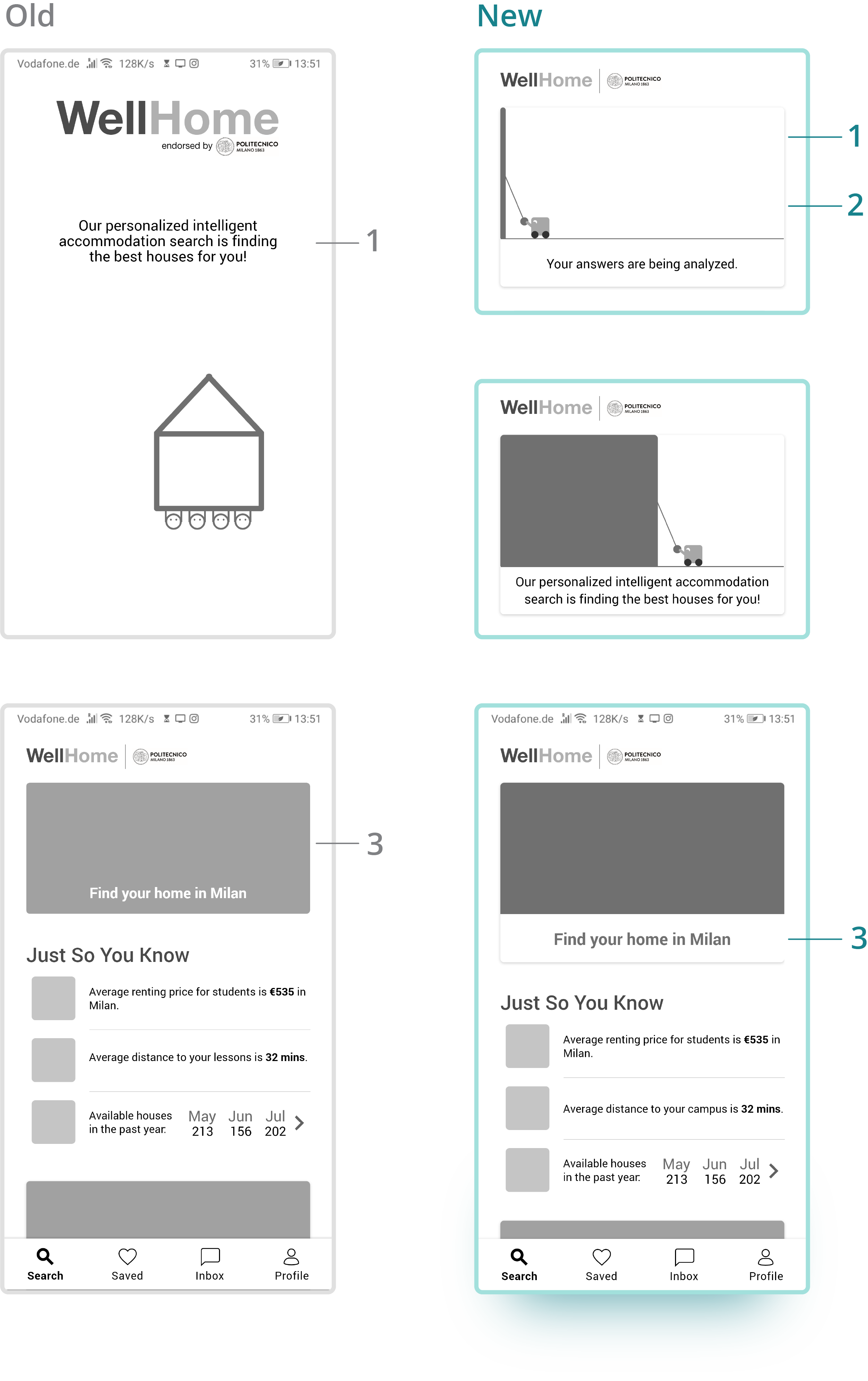 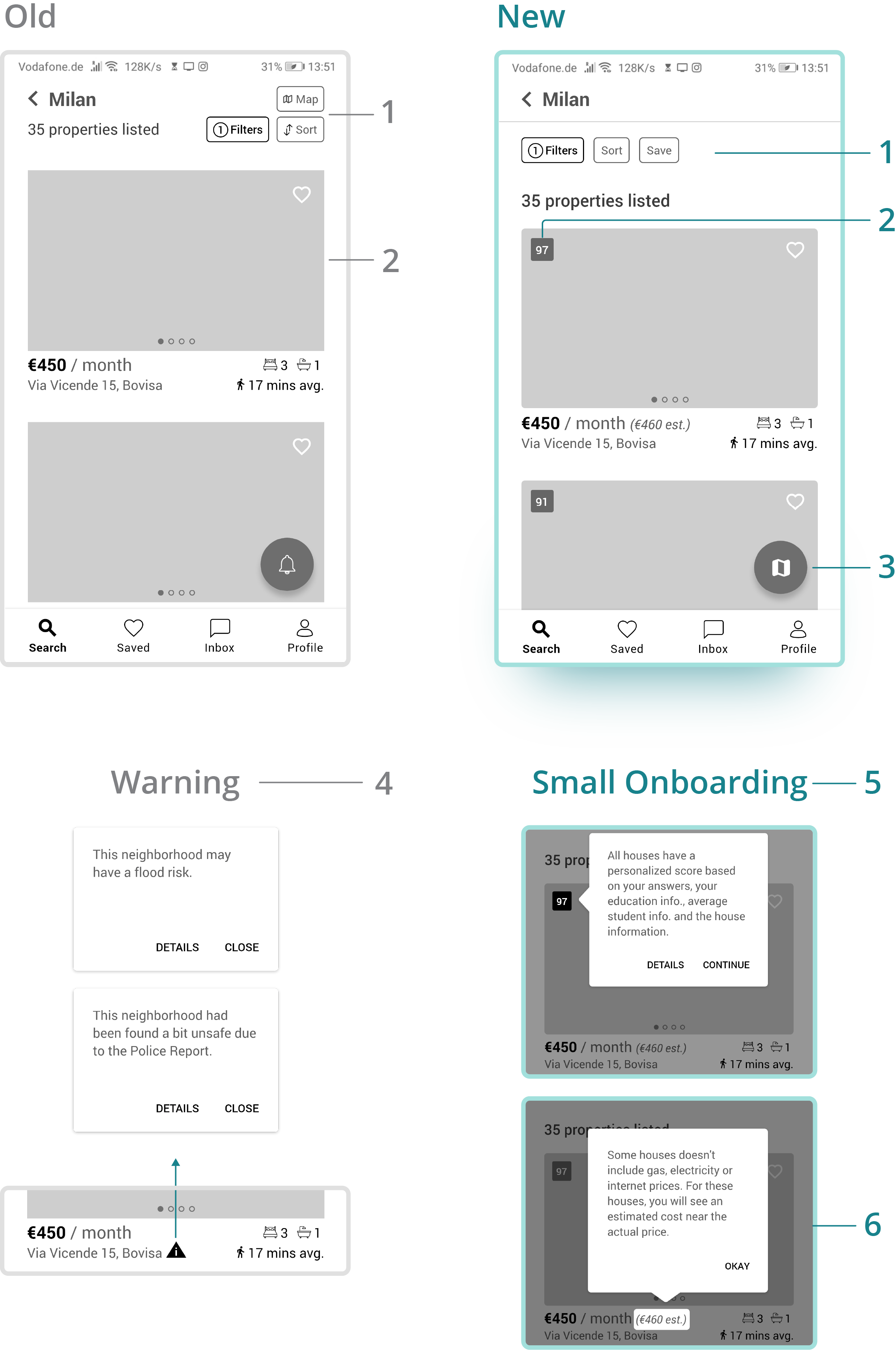 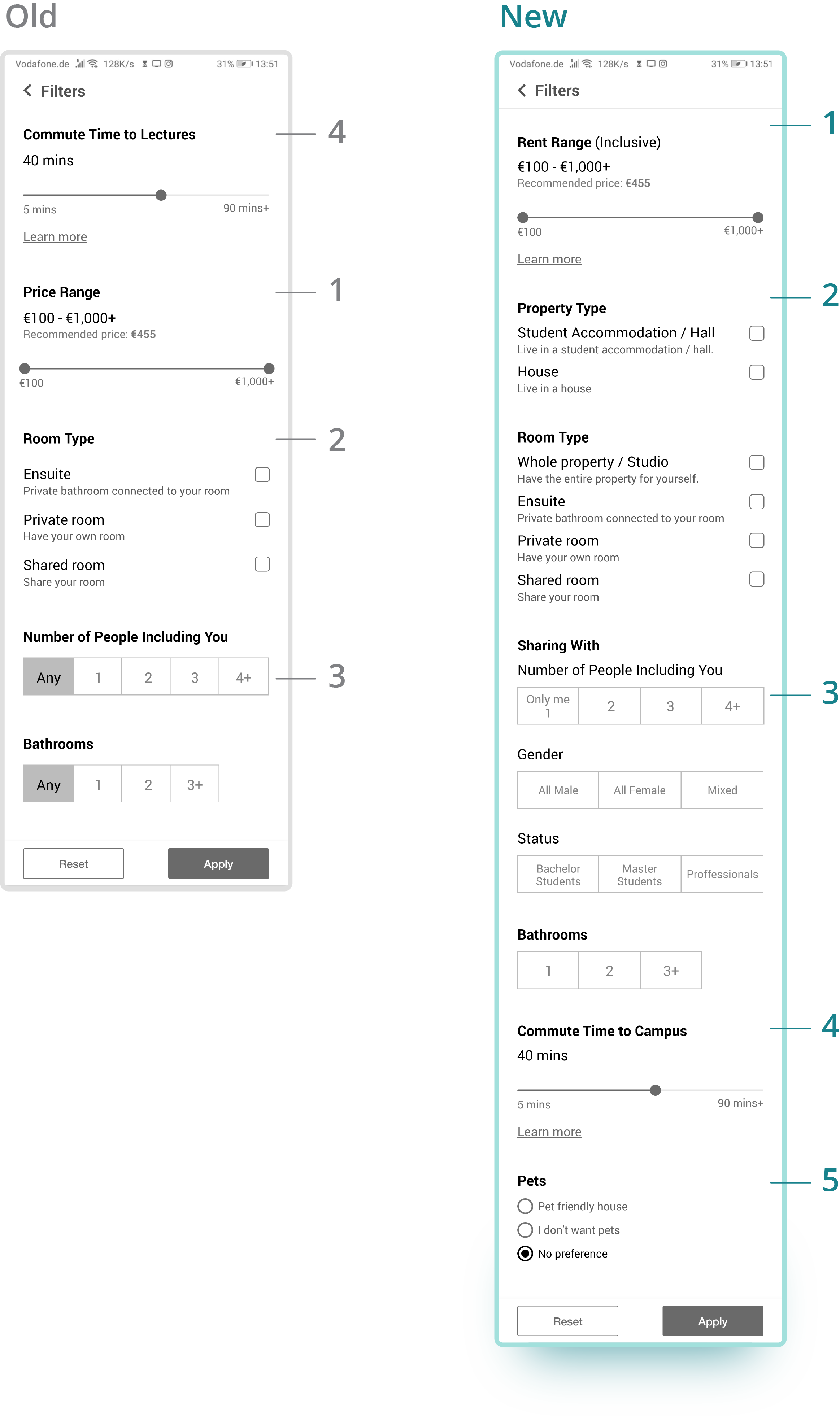 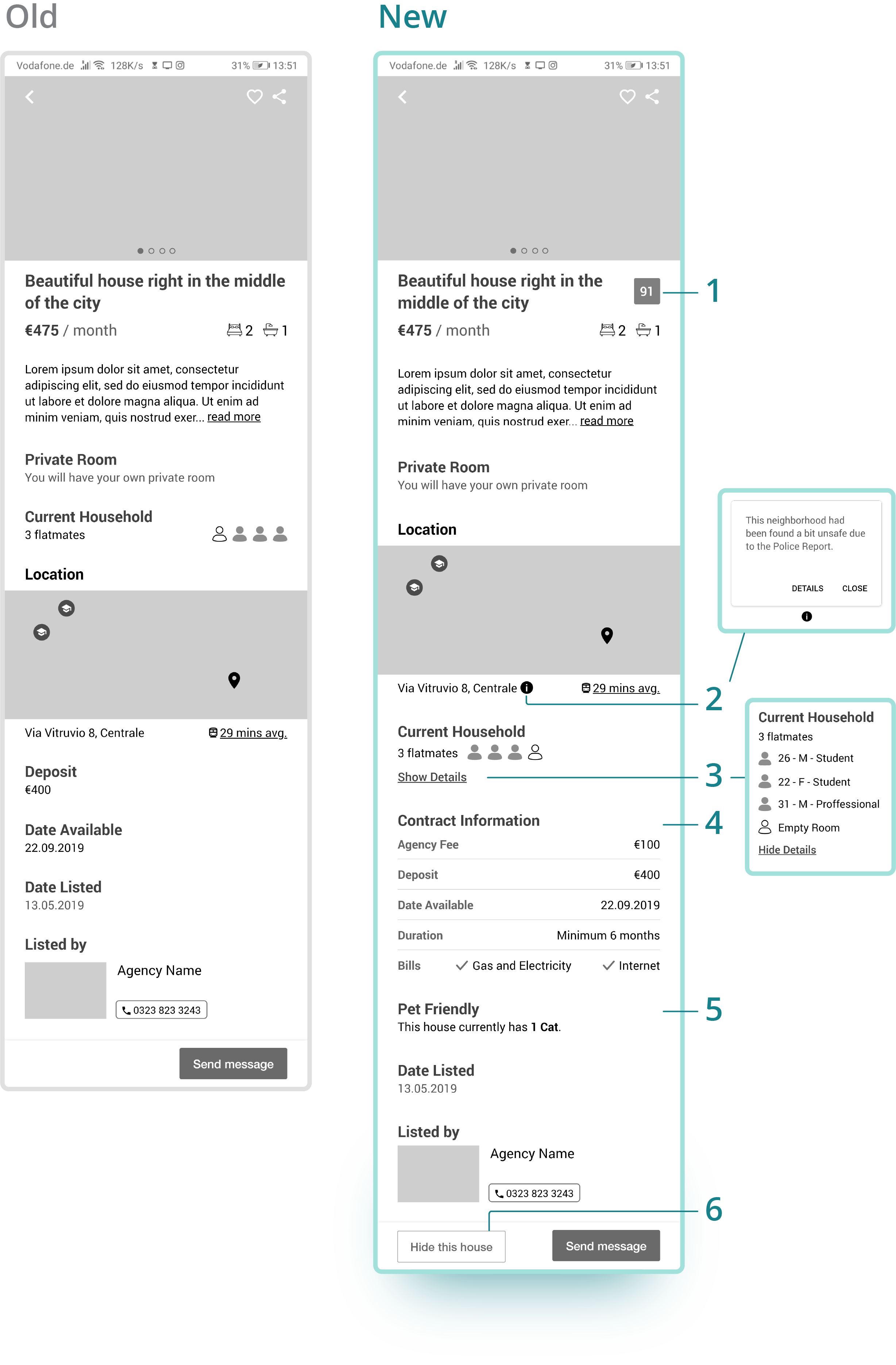 It may seem to be a simple accommodation searching app at first; but, WellHome makes the best of Artificial Intelligence (AI).

AI needs data to feed; hence, a significant amount of data will be used. WellHome will intelligently narrow down the students’ options with the data the system gathers. By using this data, the students will be able to see the most suitable houses for them. The data will allow the system to grade each accommodation exclusively for each individual student.

House Scoring Mechanism will work at the back-end; but, the students will see the final house scores.

The app states which data it will use from Facebook; a huge amount of users would be willing to consent their social media data. The user at prototyping session was also okay with it. It is also ethical; since the app uses this data only to help the user.

Blue is the color of trust and peace; therefore used to ensure trust, reduce stress, and create calmness. Green has the same peaceful attributes; further, it is associated with nature. As WellHome’s main aim on emotion to make the students trust to accommodation and rent stress-free, “Metallic Seaweed” selected as the main color. Rest of the colors have been selected according to the main color. 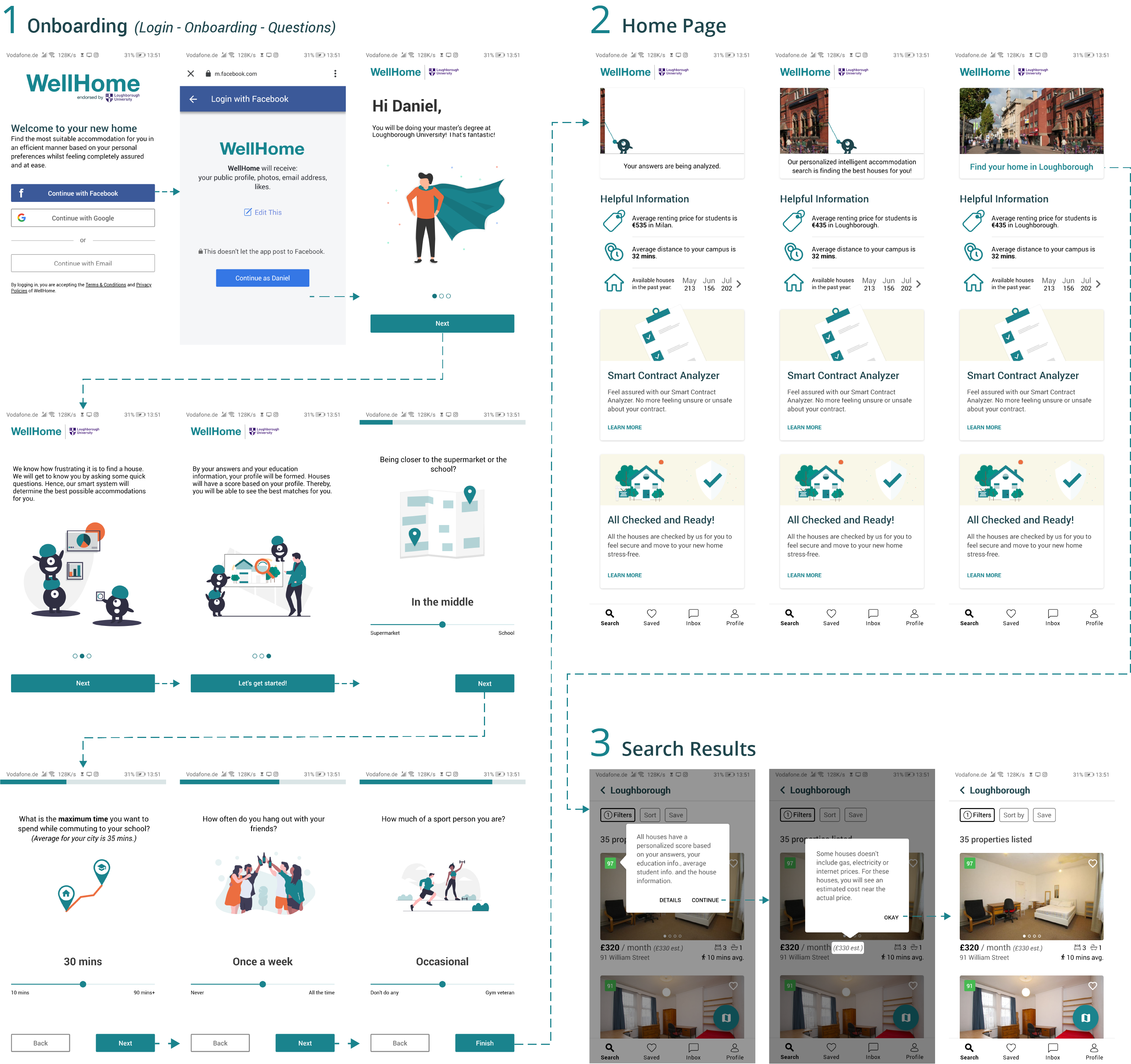 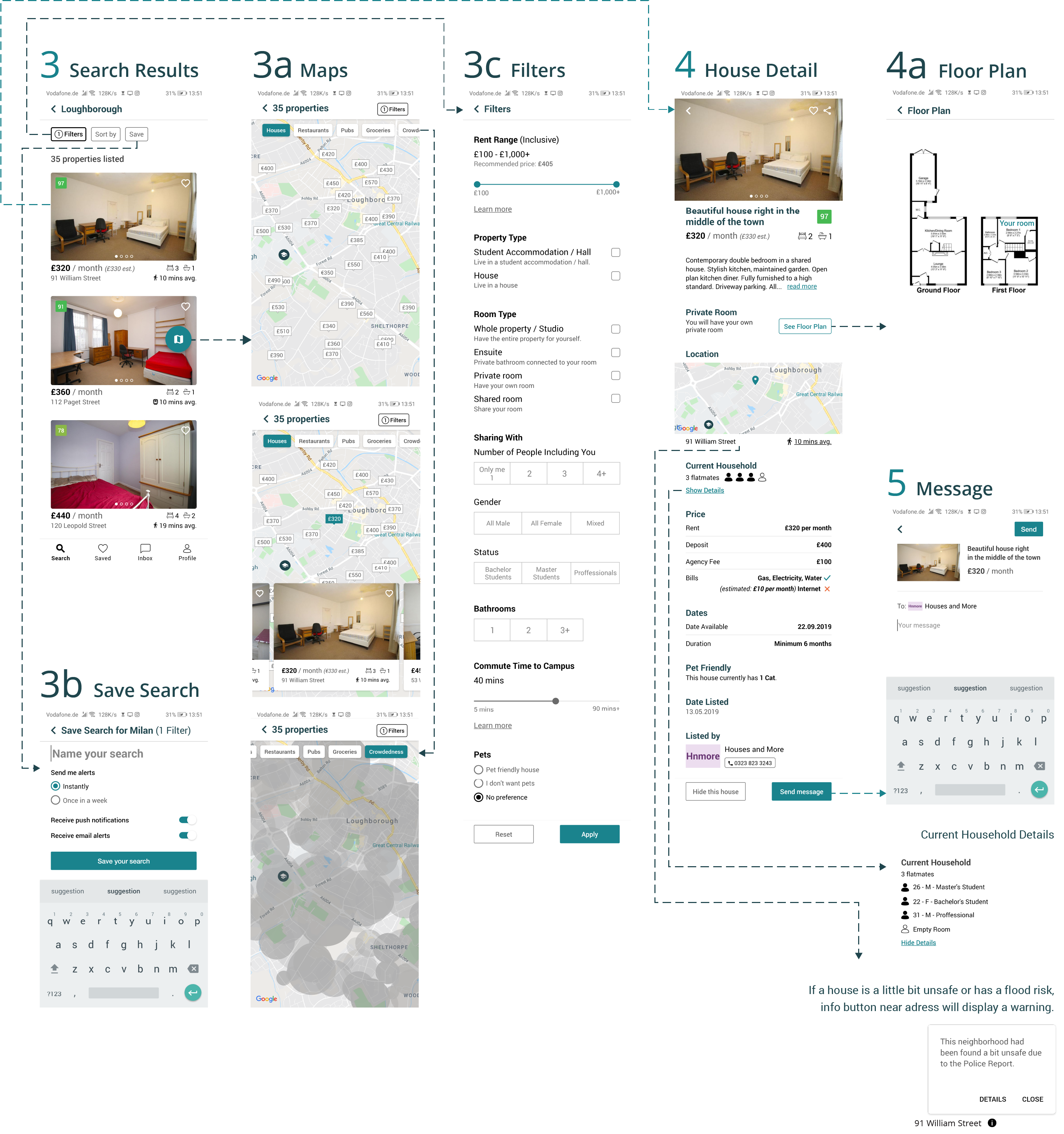 Finding the Best Accommodation for Students by Using AI

The students who are unfamiliar with the place of study will be able to find the most suitable accommodation in an efficient manner while feeling completely assured and stress-free.

By living in the most suitable accommodation, students’ learning experience will be enhanced: they will focus on their studies as they will be highly satisfied and distraction/worry free.

Minimizing the Felt Distance to the Location

Involving user in the design with prototype testing was once again highly beneficial as it allowed me to take many actions before high fidelity prototype.

Artificial Intelligence requires many important considerations. Designers should be knowledgeable of how AI works if they intent to use AI; assumptions do not work. It was not easy to get in the mindset of AI, IBM course/certificate on AI helped me significantly on the implementation of AI.

Further, identifying data sources is highly critical. Ethics come into play as designers should be very careful to use these data only to help the user and user should have consent always.

Due to project time being limited, I have encountered with some limitations. Following topics should be considered in the next steps.

App focuses on a single journey of a student who just entered the university. Other students, other times should be considered.

Backstage of the system is not very clear and there is no landlord journey at the moment. System should be considered with service design principles in the next steps.

Being a fast-paced project, animations were not considered. Animations and micro-interactions should be added.

More iterations and more usability tests should be done. Prototyping test would have been done with more users if there was time.

Even though AI implementation to the system was on point; there are some setbacks that should be considered before moving on.

Icons from FlatIcon and Material Design
Illustration in the Brief: Designed by katemangostar on Freepik
Prototype: Illustrations from Undraw, maps from Google Maps, photos from Zoopla and Huntleys

Feel free to reach out